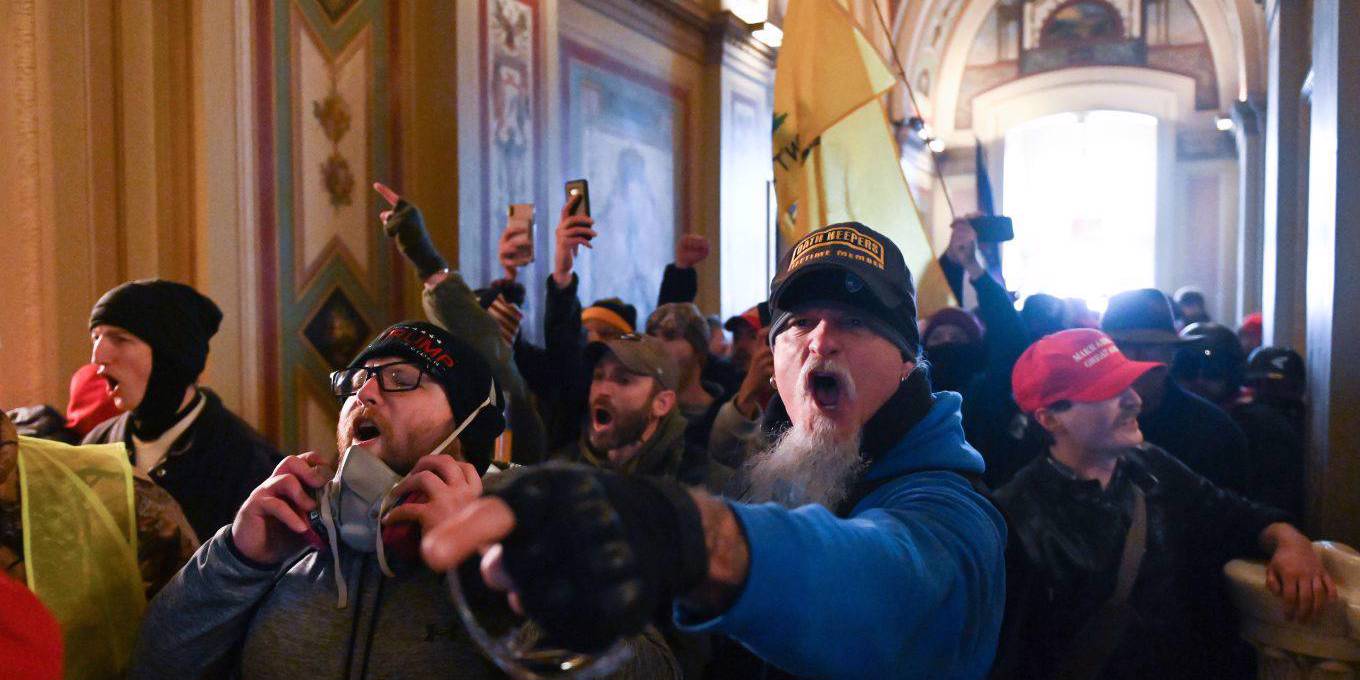 The storming of the US Capitol by a mob egged on by President Donald Trump was a violent bid to disrupt the world's oldest democracy. But while it made for a truly dark day in US history, it need not become a defining day.
In 1940, with Europe gripped by a war from which the United States remained aloof, US President Franklin Delano Roosevelt declared that the country needed to be “the great arsenal of democracy.” He meant it literally: he was appealing to Americans to “put every ounce of effort” into producing arms for European democracies, especially the United Kingdom, in their fight against fascism. But his words also carried powerful symbolic significance, positioning the US as the world’s leading democratic bulwark.
On January 6, that stronghold was breached by a mob of Donald Trump’s supporters. Egged on by the president himself, they stormed the US Capitol, desecrating one of the greatest monuments to democracy, and forced Congress to halt the vote to certify President-elect Joe Biden’s Electoral College victory. It was the clearest manifestation yet of the malignancy of Trump’s presidency – and the threat its legacy poses to the American democratic experiment.
That experiment’s success has, historically, been based on three qualities, which Alexis de Tocqueville identified some 185 years ago: the vibrancy of its society, its citizens’ trust in and respect for institutions, and a forward-looking perspective that encouraged risk-taking and innovation. These qualities were lacking in Europe, which was weighed down by long and fraught history.1
The erosion of these pillars of American democracy has been discussed extensively and often, especially since Trump’s election in 2016, to the point that all the attention devoted to it could sometimes seem excessive, even trite. But the events of January 6 show just how weak those pillars have become – jeopardizing the entire edifice.
In recent years, a steady stream of lies and misinformation has divided and dulled American society, and weakened respect for institutions. Under Trump, these trends went into overdrive. Unlike his predecessors, Trump never sought to inspire hope. Instead, he stoked and exploited people’s frustration and anger (partly driven by legitimate grievances).
With his famous slogan, “Make America Great Again,” Trump conjured a vision of a future that looked much like the past. By labeling all criticism “fake news” and lying about voter fraud in the recent election, he decimated trust in US institutions, setting the stage for civil unrest.
Today, a stable democracy has become a chaotic and conflicted one, with a significant minority convinced of their exclusive right to govern. Members of this group claim to be “patriots” reclaiming a corrupted system. As they smashed the Capitol building’s windows, defaced offices, and stole property, they cried, “This is our house.”
But their actions were anything but patriotic. They certainly do not represent the forward-looking perspective that has long defined the American spirit. The waving of American flags sullied with pro-Trump messages (a violation of America’s “respect for flag” code) and even Confederate flags make that painfully clear.
In reality, the insurgents were seeking to prevent their duly elected representatives from doing their jobs. This was not “democracy at work.” It was a violent bid to disrupt the world’s oldest democratic republic. And it made for a truly dark day in US history. But it need not become a defining day.
After the Capitol was cleared and the mob dispersed, Congress reconvened to resume the certification process. When Senate Minority Leader Chuck Schumer took the floor, he recalled FDR’s description of December 7, 1941 – when Japan attacked Pearl Harbor – as a day that would “live in infamy,” adding that, “we can now add January 6, 2021.”
But Pearl Harbor didn’t break the US. On the contrary, it galvanized the country, spurring it to engage directly in WWII. “No matter how long it may take us to overcome this premeditated invasion,” FDR declared, “the American people in their righteous might will win through to absolute victory.”
The insurrection at the Capitol could be another such galvanizing moment. Leaders can no longer ignore the costs and risks of short-term thinking and political cynicism. On behalf of – and alongside – the American people, they must protect and fortify democratic institutions from subversive figures like Trump. As president, Biden, like FDR, must issue that call and lead the charge.
The US remains a great country – and I don’t mean by Trump’s definition. It is rich in ingenuity and admirably resilient. And its society remains committed to progress – and willing to fight for it. The latest sign of that came the day before Trump’s failed putsch, with the victory in runoff Senate elections in Georgia – a traditionally conservative state – of two Democrats, Raphael Warnock, an African-American pastor, and Jon Ossoff, a Jew, over Republican incumbents who sought to discredit Biden’s victory.
Restoring faith in democratic institutions must be among Biden’s top priorities, and not only for the sake of the US. Countries worldwide still need the US to act as an arsenal of democracy and a source of inspiration and guidance. If Biden embraces that cause, the disgraceful assault on the Capitol could be remembered as a turning point for democracy, rather than a harbinger of its terminal decline.
project-syndicate.org