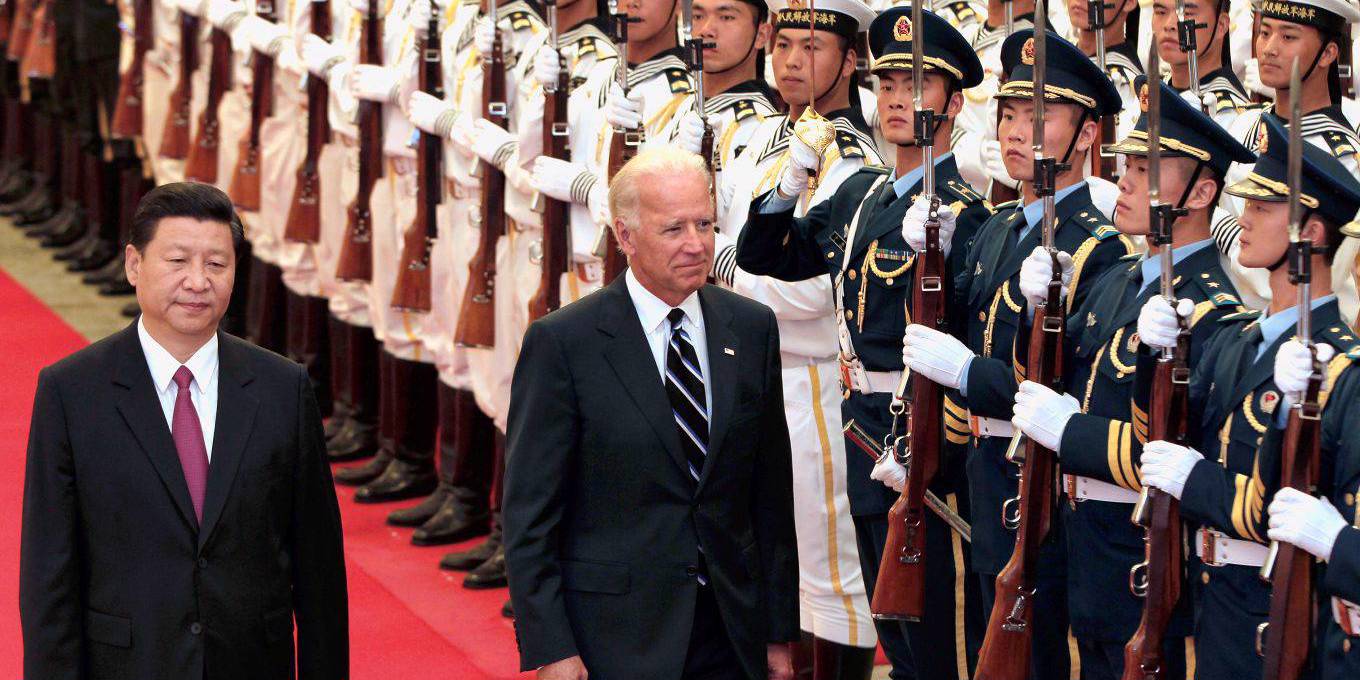 hina’s autocratic ways and its strategic ambition are prompting the world’s democracies to band together against it. But, as the European Union’s recent decision to sign an investment accord with China makes clear, China’s geopolitical heft and the allure of Chinese trade and investment are tempting many to curry favor with it.
America’s relationships with its core democratic partners are set to rebound dramatically after President-elect Joe Biden takes office. Allies in Europe and Asia relish the prospect of an American president committed to adhere to democratic traditions at home, honor strategic commitments abroad, and be a team player.
Solidarity among the world’s democracies is especially important when it comes to standing up to China. But the European Union’s decision last week to sign an investment accord with that country underscores the potential for serious discord. Even though the Biden camp cautioned the EU against moving ahead with the agreement, it nonetheless sealed the deal (pending ratification).
To be sure, China’s headstrong ways motivate the world’s democracies to band together against it. Yet its growing geopolitical heft and the allure of Chinese trade and investment also tempt many countries, democracies included, to curry favor with its government. Accordingly, Biden should launch early in his presidency a concerted effort to forge a united democratic front on China, guided by the following three principles.
First, the United States should dial down the rhetoric and treat China as a formidable competitor, not an implacable foe. A US strategy of rigid containment or aggressive rollback would find few adherents in either Europe or Asia, implying that it would backfire strategically.
Democrats and Republicans may be seeking to outdo each other when it comes to calls for getting tough with China. But if foreign partners see Biden as spoiling for a fight, the US will do more to divide than unite the world’s major democracies. China already has significant geopolitical and economic clout in Asia and beyond – especially through the Belt and Road Initiative, its massive investment program in global infrastructure and commercial development. The genie cannot be put back in the bottle.
Pragmatic realism, not bombast, should guide US strategy toward China. Of course, the US should make clear its red lines, especially when it comes to Taiwan’s autonomy and freedom of navigation in the Asia-Pacific. But the US and China should aim for shared leadership in the region – a strategic objective that would enjoy ample support among US allies already fearful of the escalating Sino-American rivalry.
Second, the US and its key allies need to link arms to confront China on trade and investment. Economic decoupling is not in the offing; China is far too integrated into the global economy. Nonetheless, import competition from China and its unfair trade practices have cost the developed democracies millions of jobs over the past two decades. Pressing China to level the playing field can work to their economic advantage.
America and its allies need to team up to maximize effectiveness. Acting unilaterally, as President Donald Trump did – and as the EU is now doing – only plays to China’s strength by diluting the collective bargaining power of the world’s democracies. Trump’s tariffs have done little to liberalize China’s market or bring down the US trade deficit.
Instead, global pressure will be required to push back against China’s harmful trade practices, including state subsidies and intellectual property theft. Though full-scale decoupling is not in the cards, the US should join with its democratic allies to pull back from China when it comes to sensitive technologies, such as semiconductors and artificial intelligence. The same holds for imposing new export controls, scrutinizing and regulating Chinese investment abroad, steering clear of Huawei when it comes to building 5G networks, and repatriating high-end production.
These steps would align well with the domestic measures that the Biden administration and the governments of many other democracies are poised to take to generate more jobs and better pay for blue-collar workers. The goal must be to ensure that economic growth and gains from trade are more inclusive. Spending on infrastructure, education and retraining, research and development, and renewable energy can help the major democracies maintain their competitive edge over China.
Finally, the US and its democratic partners should speak with a single voice when it comes to standing up for human rights. Resolute condemnation of China’s unwillingness to grant basic freedoms to its citizens will put China’s leadership on the defensive in the court of international opinion. And it will help repair the erosion of America’s moral authority under Trump.
Democratic leaders can further raise the costs to China’s rulers by imposing sanctions on those responsible for oppressing the Uighur minority in Xinjiang and cracking down on Hong Kong. When China resorts to economic coercion to punish countries for criticizing its human rights record, as it is doing with Australia, the world’s democracies should respond in kind.
Working to build a consensus around these three principles would not only signal the depth of the Biden administration’s commitment to work with its partners. It would also play to America’s strongest suit when it comes to handling China: its alliances.
China has only one ally – North Korea – while the US has loyal partners worldwide. China’s economy will be the world’s largest by the end of the decade, but its GDP will remain roughly one-third the collective size of the world’s major democracies. As long as they stand together and aggregate their geopolitical and economic heft, the main democracies will outclass China for the foreseeable future.
Biden will need to summon all of his persuasive skills to forge a coordinated approach toward China. But his task is made easier by the fact that even as they eye the benefits of more commerce with China, democracies in Europe and Asia are anxious about China’s intentions. They will welcome a US president who respects allies and appreciates the need for teamwork to deal with China.
project-syndicate.org