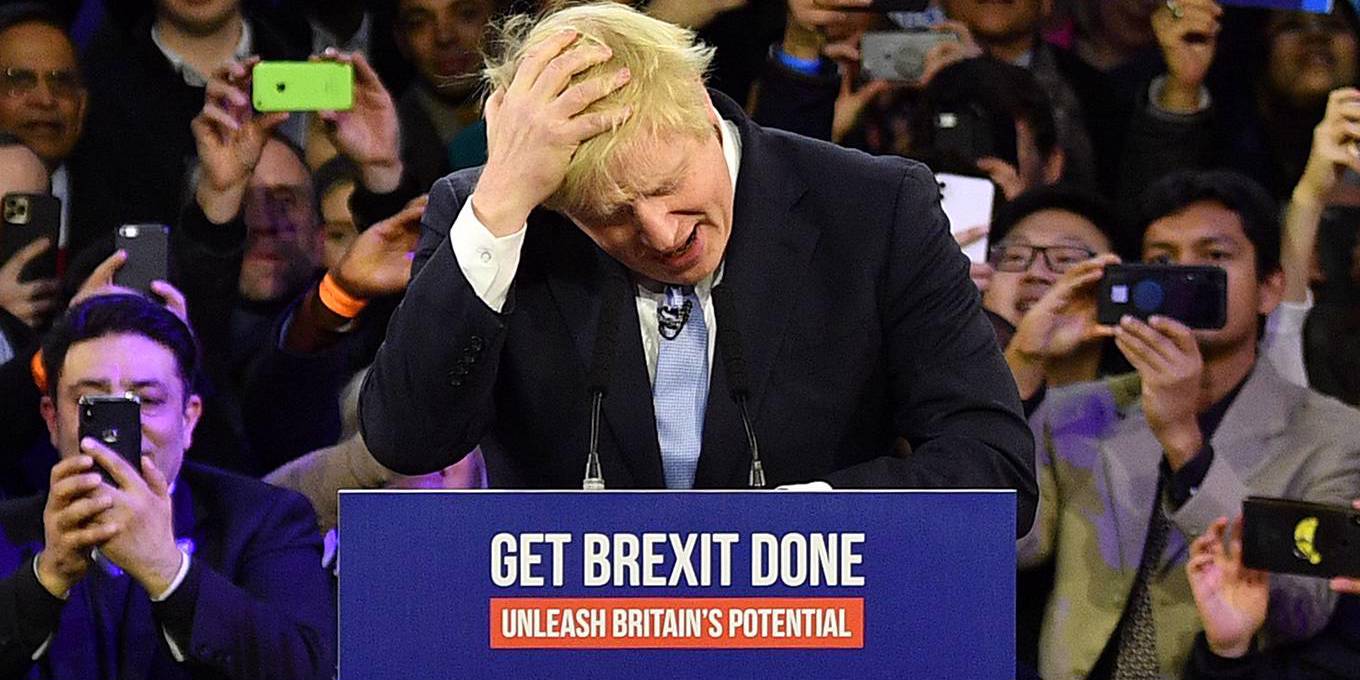 Having secured an electoral mandate, UK Prime Minister Boris Johnson will likely barrel ahead with previously outlined plans to abolish the country's foreign-development agency and assign its duties to diplomats in the foreign office. But while diplomacy and development are both crucial to British soft power, they are hardly the same thing.

With Brexit dominating the United Kingdom’s agonizing general election this month, a number of momentous policy proposals have received little to no discussion. Chief among these is right-wing Conservatives’ plan to abolish the UK Department for International Development. Now that Prime Minister Boris Johnson has secured a parliamentary majority, the DFID could soon be subsumed into the Foreign and Commonwealth Office (FCO), which would then take charge of administering Britain’s £14 billion ($18.6 billion) annual aid budget.

As I pointed out earlier this year, the Conservatives’ plan would essentially solve one big problem – the rundown of Britain’s diplomatic service – by creating a much larger problem: the loss of Britain’s soft power. The UK’s pathbreaking commitment to ending world poverty yields far-reaching benefits, and its aid program is one of its most valuable global assets. Since the DFID was created 22 years ago, it has lifted millions of people out of poverty, helped millions more children go to school, and saved millions of lives – not least by leading an initiative to vaccinate 700 million kids. Most recently, the agency has become a world leader in providing development aid to poor countries facing the effects of climate change.Johnson is anticipating that a post-Brexit UK will need a stronger FCO through which to wield influence abroad. Yet rolling the DFID into the FCO will undermine the UK’s global position, while yielding no gains in efficiency. Unlike diplomacy, which often depends on secrecy and thus leaves scant audit trails, development efforts demand transparency, and are most effective when subjected to external scrutiny.The UK reaps soft-power benefits from its pioneering role in delivering on the United Nations Sustainable Development Goals. But British voters do not always realize what Britain’s development efforts do and do not entail. When asked, they tend to assume that around 20% of the national budget is spent on overseas aid, when the real figure is closer to 1%. And voters are usually even more shocked to learn that the typical African schoolchild receives less than 50 pence ($0.67) from Britain’s annual aid spending. That is barely enough to buy a pen or a notebook.Johnson should listen to the cross-party consensus voiced by the Coalition for Global Prosperity, which has shown that diplomacy and development are distinct tasks of equal importance. As Hilary Benn, a former head of the DFID and now the chair of the Select Committee on Brexit, points out, “The people who are very good at spending [on development] ought to be the ones doing it.” Likewise, Dame Margaret Beckett, a former foreign secretary and current member of the National Security Committee, argues that the combination of “leadership in defense, development, and diplomacy is absolutely critical to Britain’s national security.”Even the diplomats agree. Former FCO Permanent Under-Secretary Simon Fraser is on record stating that taking money from the DFID to close the FCO’s budget gap is “fundamentally not the solution.” While FCO diplomats should stay focused on diplomacy, he notes, the DFID and its in-house anti-poverty experts should continue to focus on what they are “very good at.” He is right. Britain punches above its weight in the world precisely because it has empowered each of these key agencies to focus on its primary mission.

But there is an even stronger and more pressing argument for the DFID. After World War II, Prime Minister Winston Churchill identified three circles of British influence, each of which feeds into the other. Ever since then, Britain has focused its diplomatic efforts on America, the Commonwealth, and Europe. And yet Britain has neglected a fourth circle of influence: its role in international institutions, from the International Monetary Fund, the World Bank, and the World Trade Organization, to the UN and bodies like the UN Environment Programme.For a variety of reasons – including the fear that a more powerful UN would strengthen anti-colonial forces – Britain spent less time and energy than it could have shaping the evolution of these institutions. By contrast, France focused its efforts on the IMF, and the Scandinavian countries became indispensable players in UN peacemaking and development efforts. Britain’s posture of relative disengagement didn’t end until the 1997-2010 period, when the governments in which I served tried to change course, by leading the way in creating the G20 and the global Financial Stability Board.The only way that a non-European Britain will have any global influence is by working through international organizations. Only by sponsoring and leading development efforts can “Brexit Britain” have any chance of becoming “Global Britain.” But without the DFID, British ministers and diplomats will be coming to global negotiating tables with even less to offer – not more.After all, the DFID has spearheaded global cooperation in health, education, and the environment. It has helped create new global initiatives – including the International Finance Facility for Immunization, Global Partners for Health, and the Advanced Market Commitments fund for developing new drugs in poor countries. Through DFID, the UK has become a leading member of the Global Fund, as well as the largest supporter of the new International Finance Facility for Education (which I and others from the UK helped create).US President Donald Trump has divided the world into nationalists and globalists, yet even nationalists cannot ignore those ungoverned spaces beyond the reach of nation-states. Without international cooperation to confront pollution, poverty, and conflicts around the world, the global consequences of these problems will continue to be felt. Remove the DFID from the equation and the UK itself will be doubly diminished: capable neither of helping nor leading.